We visited both Etheridge Knight’s archival collections at both the University of Toledo and Butler University and looked through his papers. The publication “Poems from Prison” by Broadside Press was a turning point in Knight’s life as a poet. 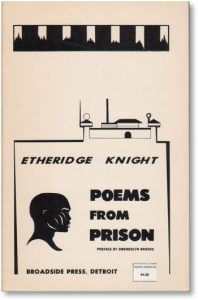 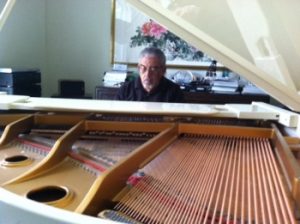 We headed up to Indianapolis to discover Etheridge Knight’s story and found a rich community of poets, jazz musicians, and artists where still today keep arts alive and kicking. Carl Hines, poet and jazz musician, let us spend a morning listening to him play and recorded some poems for us.

A conversation with Gwendolyn Brooks

While in prison Etheridge Knight corresponded with the revered poet Gwendolyn Brooks. In this 1986 talk with Alan Jabbour, director of the Library of Congress’ American Folklore division, and E. Ethelbert Miller, poet and director of the African American Resource Center at Howard University Brook’s shares some background on her life Brooks was the Library of Congress’ 29th consultant in poetry, and tells the story in this program of winning the Pulitzer at age 32, and getting the phone call in the dark because the electric company had cut off their power because they couldn’t afford to pay the bill. She recites “We Real Cool,” a poem she says has lasted because of its “insouciance and staccato effect.”

Waiting for Etheridge Knight when he was released from prison was poet Gwendolen Brooks. Here we share with you the essential Brooks with “We Real Cool.” 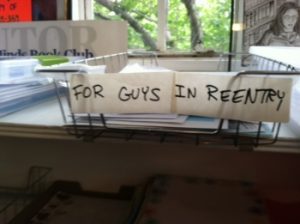 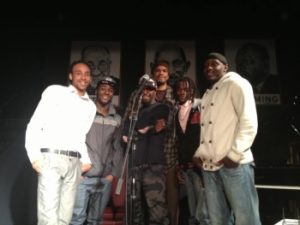 PPW went to the amazing D.C. venue Bus Boys and Poets and recorded Free Minds Book Club performing their work along with with writer and former NBA basketball player Etan Thomas. The room was packed and the response felt like a homecoming.

Every month Free Minds hosts a Write Night where community members in D.C. gather to provide feedback on the writing of their Book Club members still incarcerated. Poems are read and multiple comments are written onto each poem and then mailed by to the writer. 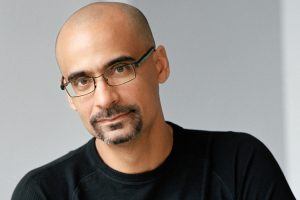 The United States prison population rose by 600 percent over just 30 years, and there’s an even greater mass of people on probation or parole. Yet, that’s not something we talk much about, so when an individual or group decides to speak out, it’s big. Pulitzer Prize winner and novelist Junot Diaz did so when he spoke up for prison literature, and why we should never ignore it.

Prisoner voices are vital. It’s why we launched the Prison Poetry Workshop, and why Diaz  recorded a video at San Quentin State Prison in California in 2011. He was there to visit “Brothers in Pen” —  a “long-standing writers’ workshop and creative writing class” run by Zoe Mullery of the Prison Arts Project. After talking with prisoners about the origins of the Superman narrative and giving them some advice on “titrating” the language in their work, the author and Macarthur genius sat down to read aloud the gorgeous foreword he’d written for the Brothers in Pen anthology. It eloquently states why we, as a society, prefer to ignore prison lit. “We fear those voices because of what they will tell us about our nation and because of what they will tell us about ourselves,” Diaz reads. The reading begins at 7:52.

Learn more about prison poetry in California by listening to our one-hour special. 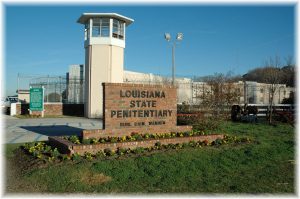 The Orleans Parish Prison — despite the name, it’s a county jail — took a beating during Hurricane Katrina in 2005, and many prisoners had to be moved to tents, where some still live, on the grounds of the prison. Others live in cells. A new facility is under construction, and nearing completion.

“Louisiana is the world’s prison capital,” says the lead article in a 2012 series of investigative reports by the Times-Picayune newspaper. “The state imprisons more of its people, per head, than any of its U.S. counterparts. First among Americans means first in the world.”

With so many people behind bars, it’s no wonder that Louisiana has more than its share of prison poets. PPW met a few of them on a recent trip to the state.

One bright spot in the lives of a group of inmates is a weekly class to discuss the art of poetry and read their own. The course, which operates on a semester basis, is coordinated by local poet Nik De Dominik, and welcomes guest lecturers in to share their expertise.

One sunny afternoon in late April, the guest lecturer was Mark Yakich, a professor at Loyola University, who had had students read Walt Whitman’s “Leaves of Grass” in preparation for the class. They had given the book a close reading.

The five students in attendance that day, ranging in age from late teens to early 30s, had a lively discussion about the material. One student said that Whitman—as depicted with his shirt unbuttoned in the frontispiece to the original edition of the book—looked like a “pimp.” With a grin, Yakich had to agree. Another student saw in the line “every atom belonging to me as good belongs to you” a recognition that “we’re all made of the same stuff,” and was inspired by Whitman’s robust, free-flowing style.

In one respect, Whitman’s verse is different from the poetry those five men shared next; but in another, they shared some fundamental concerns about how individual human lives intertwine. PPW is looking forward to sharing some of their poetry with you in that broadcast. You’ll also hear from Bruce Reilly and Patrick Young, former prisoners who developed their own writing craft while behind bars; and from Mercedes Montagnes of the Promise of Justice Initiative, who gives an overview of incarceration in Louisiana.

For this episode, many thanks for assistance from the Orleans Parish Sheriff’s Office, especially Sheriff Marlin Gusman, Deputy William Pitts, Phil Stelly, Anne McKinley, and the staff of Orleans Parish Prison.